We don’t just woof about our own successes, we have these fur-bulous awards which do it for us!

Our Apprentice program has been assessed and at an award ceremony at Newmarket Races and we have been awarded Highly Commended. Very proud that every Apprentice we have ever taken on over the years is still with us today and some in more senior roles, without them the company could not grow. 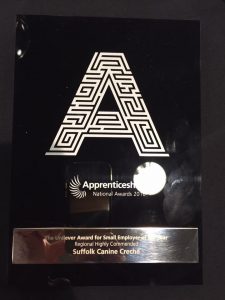 Last year we were finalists and this year we topped the charts and won the EADT Archant Award in 2016 for Customer Care Sponsored by Abellio Greater Anglia. We also won the Future50 One To Watch sponsored by NWES.

We’re proud to be a Suffolk business and know that the competition in these categories was very tough.

We’re so proud of our team, well done everyone and thank you for showing our dogs so much love! It’s fare to say we had a good night collecting the awards. 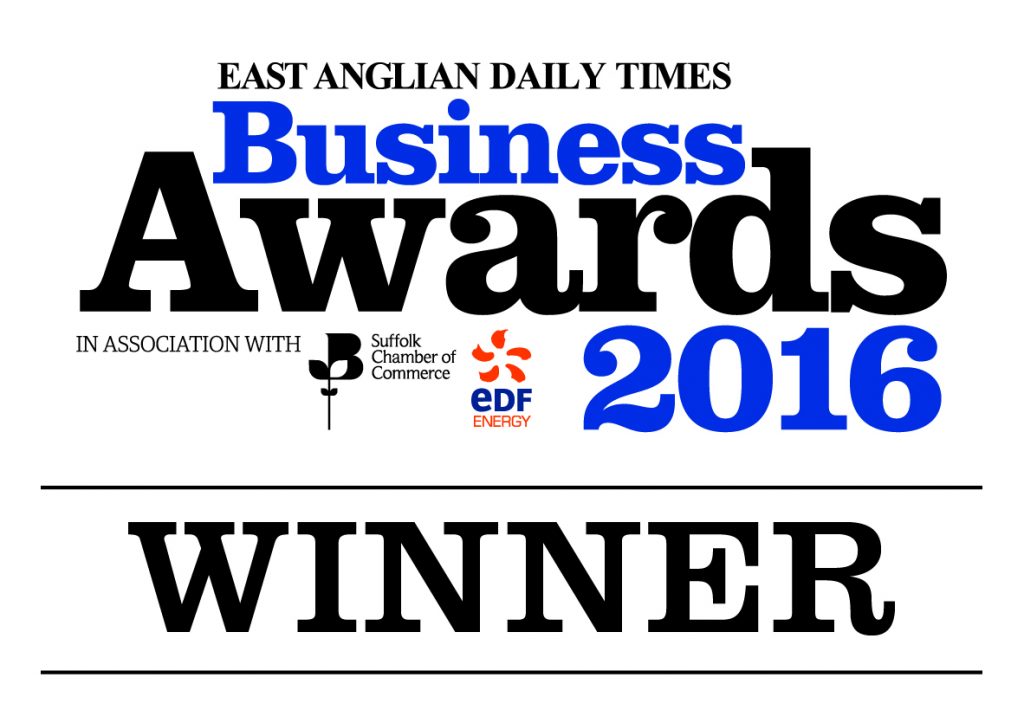 EADT Small Business of the Year 2015

One of three finalists and awarded Runner Up

Own a company you can be passionate about

We are an Award Winning, very well established Dog Day Care business, a market leader in the UK with phenomenal results and we’re offering a chance to share this magical journey. We are franchising nationally please email info@caninecrecheuk.co.uk to find out more.

We don’t just woof about our own successes, we have some fur-bulous awards which do it for us! You can read all about is here.

We have no vacancies at present, though we are happy to hold your CV for consideration against future vacancies.

We are happy to take enquiries for Work Experience placements from Level Three Candidates, please contact us via email in the first instance and send your details to recruitment@suffolkcaninecreche.co.uk.

Sorry, we are unable to offer work experience to candidates whilst still at Secondary School as a work placement.